ORIGINS OF CAYMAN’S ‘TAX FREE’ STATUS, WHERE IT’S NOW AND WHERE IT’S GOING.

Origins Of Cayman’s ‘tax Free’ Status, Where It’s Now And Where It’s Going.

The Wreck of the Ten Sails. There are numerous stories tied to this infamous shipwreck that praises the fortitude and heroism of the Caymanian people. Nearly all stories end with the awarding of ‘tax free’ status to the Cayman Islands as a result of their people’s bravery during the lifesaving efforts of this shipping disaster that happened just off the East End of Grand Cayman.

Legend has it that one stormy night in November 1788, the Cordelia, the lead ship of a convoy of ten merchant ships returning to Britain from Jamaica went aground off East End’s shallow reef. The Ships manifest confirmed she was carrying exotic coffee beans, sugar and barrels of rum when she ran off course during a turbulent storm, which left her marooned on the reef over 220 years ago. 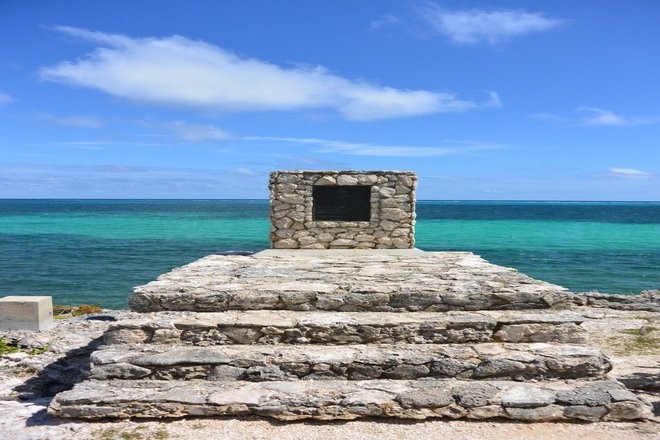 The Cordelia gave off a signal to warn off the other ships in the convoy, but it was misunderstood as a call to follow closer and nine more ships sailed haplessly to their fate upon the reef. The seafaring people of East End are reported to have shown great valour and bravery in ensuring that no lives were lost and legend further states that one of the lives saved was one of royalty, although no one can corroborate this. In reward King George III is said to have granted the islands freedom from conscription, while many other claims that freedom from taxation was bestowed on the people of the islands as recognition of their great efforts.

Moving on 200 plus years, well into the new millennia there are presently there are over 120 different nationalities who have chosen to make these sunny shores their home. Be it for a few months or a lifetime, there are many positive reasons to choose Cayman to live, invest and grow. As Cayman is one of the world’s leading Offshore Financial Services Centres, the opportunities are plentiful as they are diverse-for investment, career advancement and one of the best standards of living in the region. 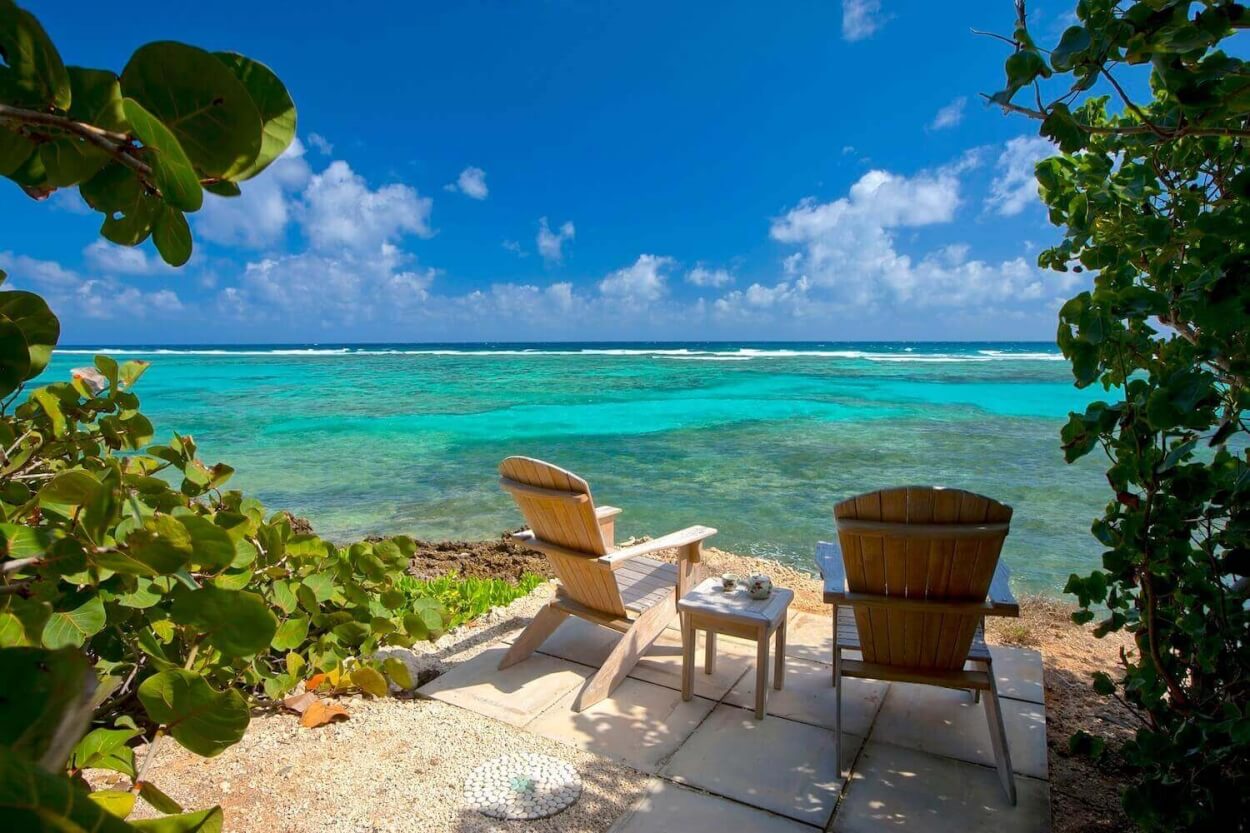 One would imagine that the most obvious benefits of living in the Cayman Islands are essentially financial, though there are many others and you don’t have to be a super wealthy to benefit. As a tax neutral country no one, rich or poor, pays income or corporation tax. Finance to run the country’s services and infrastructure is levied by the Cayman Islands government through various other means or indirect taxes known as fees. One of the most important of these is the duty placed on imports.

As a small family of islands Cayman has limited resources in the traditional sense; it produces little of its own food or manufactured goods. Consequently the government is able to raise significant revenue through import duties without directly taxing its resident’s income. However, there are certain sectors of the retail market that are duty free, in particular luxury goods for tourists and residents alike-gold, silver and precious stones, along with leather goods, perfume and camera’s are ‘duty free’.

The other major sources of government revenue come from the work-permit fees from the huge expatriate workforce, transaction fees paid by those active in the financial services sector, and the fees raised from tourists entering through the port on cruise ships or those staying in local hotels.

This tax neutral environment has given rise to a hugely successful and significant offshore financial industry, which has made Cayman one of the wealthiest places in the world. With a Gross Domestic Product higher than that of the US, Canada, Hong Kong and the UK to name but a few Cayman is an attractive choice for many people for different reasons.

Political stability, the fact that the country remains a British Overseas Territory, an adherence to law and order as well as the strict protection of assets by local government, have all played their part in creating a favourable investment regime. Countless individuals who come to invest in Cayman choose to make the islands their home as well.

Cayman attracts people from all walks of life and nationalities. High net worth individuals come to invest, buy property, establish trusts and generally manage their wealth more effectively than in their country of origin. At the other end of the income scale, migrant workers from lesser-developed countries are also attracted to the enormous number if lucrative job opportunities to be found in the Cayman Islands. Job searchers across the globe come to Cayman to fill positions and save money, which they send back to their respective homelands where the funds literally change lives. Funds going into lesser-developed nations from places like Cayman are crucial to the economic stability of many of those poorer countries.

Professional white-collar workers can also benefit widely from working in Cayman in a number of ways. Both Forbes and HSBC continually rank Cayman as having one of the best expat lifestyles, on par with Singapore and Switzerland. Regardless of the gorgeous weather, endless water sports opportunities, 365 dive sites and super-friendly social scene, Cayman can also be very good move for your career. Lawyers, accountants and other corporate minded individuals within the offshore financial services sector can gain invaluable experience practising in the industry, as the Cayman Islands offer an extremely specialised sector. The work experience gained here is vital and makes for notable notches on a curriculum vitae. As a result Cayman’s corporate sector attracts a diversely qualified and talented group of individuals who call Cayman their home for significant periods of time while they learn and earn.

As the islands tend to attract wealthy individuals the cost of living is relatively high, but the salaries, which are tax free, are equally high so it is still possible to enjoy a comfortable life in the Cayman Islands even if you may be paying a lot more for your living expenses than in North America for example. With a worldwide shortage of experienced financial experts employers in Cayman will pay a premium to recruit and retain the best in their respective field or those individuals with specific experience or skills, salaries can be extremely high. Again, the fringe benefits of the superb range of lifestyles should not be ignored.

On top of off-shore Finance, the Cayman Islands is also a thriving tourist destination where visitors often fall in love with the islands enough to call Cayman their second or third home. With no property taxes other than a one off stamp duty payable upon purchase, investing in Cayman’s real estate market is widely considered a very sound investment. Properties offer good rates of return for owners, and there are no restrictions on foreigners owning property, with the legal and political environment protecting property owner’s rights. Moreover, as there are no inheritance taxes or death taxes, many individuals invest in in Cayman property to which they eventually retire, making estate planning a far simpler process.

Short-term villa and condo rentals are always in demand for tourists, and with a stream of new expatriate residents long-term rentals are ever popular while they establish themselves on the island. The number of sales in 2014 were significantly higher than the previous years of recovery, so far 2015 is set to be a record breaker!

In order to maximise the benefits and make the most of the tax advantages offered by living, working and investing in the Cayman Islands usually requires the assistance of one of the many locally based HR, law, banking and tax professionals who offer expertise. As tax legislation is continually changing in other jurisdictions and can be extremely complex it is advisable for all those living or investing in Cayman to seek advice. Even though there are no taxes in Cayman, depending on the individual circumstance you may still be required to meet certain tax obligations in your country of origin. Fortunately as Cayman is one of the world’s most successful Offshore Finance Centres there are ample experts on hand. It is worth noting that Cayman is now considered by the OECD among others, as one of the most transparent and co-operative jurisdictions in the world, and is gradually dispelling the negative connotations of a ‘tax haven’.

By setting up a Cayman offshore company in Cayman Enterprise City as part of an entity’s global structuring strategy, the company can cost-effectively establish a genuine physical presence offshore with staff on the ground, to enhance competitiveness in the global marketplace and generate tax-exempt active business income in the Cayman Islands. The CEC’s newly announced campus will be based in South Sound, just minutes from their current location in George Town, the islands’ capital.

Companies can take advantage of Cayman’s jurisdictional benefits and tax-free environment, along with a series of special zone concessions granted by the Cayman Islands Government, whilst operating from an OECD and World Bank compliant Special Economic Zone.

In addition to 100% exemption from corporate, capital gains, sales, and income taxes, CEC hosts many other benefits for companies that setup their offshore company in Cayman, such as offshore intellectual property, no H1-B visa restrictions, access to global markets, and more.

Benefits of relocating or setting up in Cayman’s tax-free Zone are:

Other Benefits include guidance in the set-up process, a warm welcome into the Cayman Islands jurisdiction and of course the fantastic diverse lifestyles that only Cayman offers.

There has never been a better time to make the move offshore!