Seven Mile Beach is famed and has won several travellers awards for its soft white sand beach that gently sloping into the calm blue Caribbean sea. Camana Bay and the Ritz-Carlton have connected the beach with the North Sound using shaded pathways, canals and bridges to combine the best of boating and beach life. Seven Mile Beach is a 10-15 minute drive from the airport and George Town. Throughout the week Seven Mile Beach remains tranquil, but at the weekend it can get a little busier but there’s room for everyone to have fun and relax, the warm sea is still cool enough to be refreshing whether snorkelling, paddleboarding or diving the site of the Kittiwake or any of the other numerous dive sites on the west side of Cayman.

This prime strip of Cayman real estate is almost entirely luxury beachfront and beach view condos and hotels. Strict building codes including a new ten-storey maximum ensure that the area does not become overdeveloped. The area is popular with all nationalities due to the world-class amenities at hand; retail stores, bars, night clubs, world-class dining, two golf courses, Owen Roberts Airport and Cayman’s capital; George Town. Some of the Cayman Islands’ prime real estate lines the shores of Seven Mile Beach, with luxury beachfront condominiums commanding a premium on Seven Mile Beach. Fraser Wellon’s latest development WaterColours has been completed and sold out, other desirable developments on Seven Mile Beach are WatersEdge, Residences at The Ritz Carlton, Caribbean Club, Residences at The Kimpton, The Meridian, Beachcomber, The Sovereign, Pinnacle, The Avalon, Laguna del Mar and The Great House. There are only a few residential homes on Seven Mile Beach, and these Grand Cayman properties are very rarely listed for sale in the Cayman Islands. 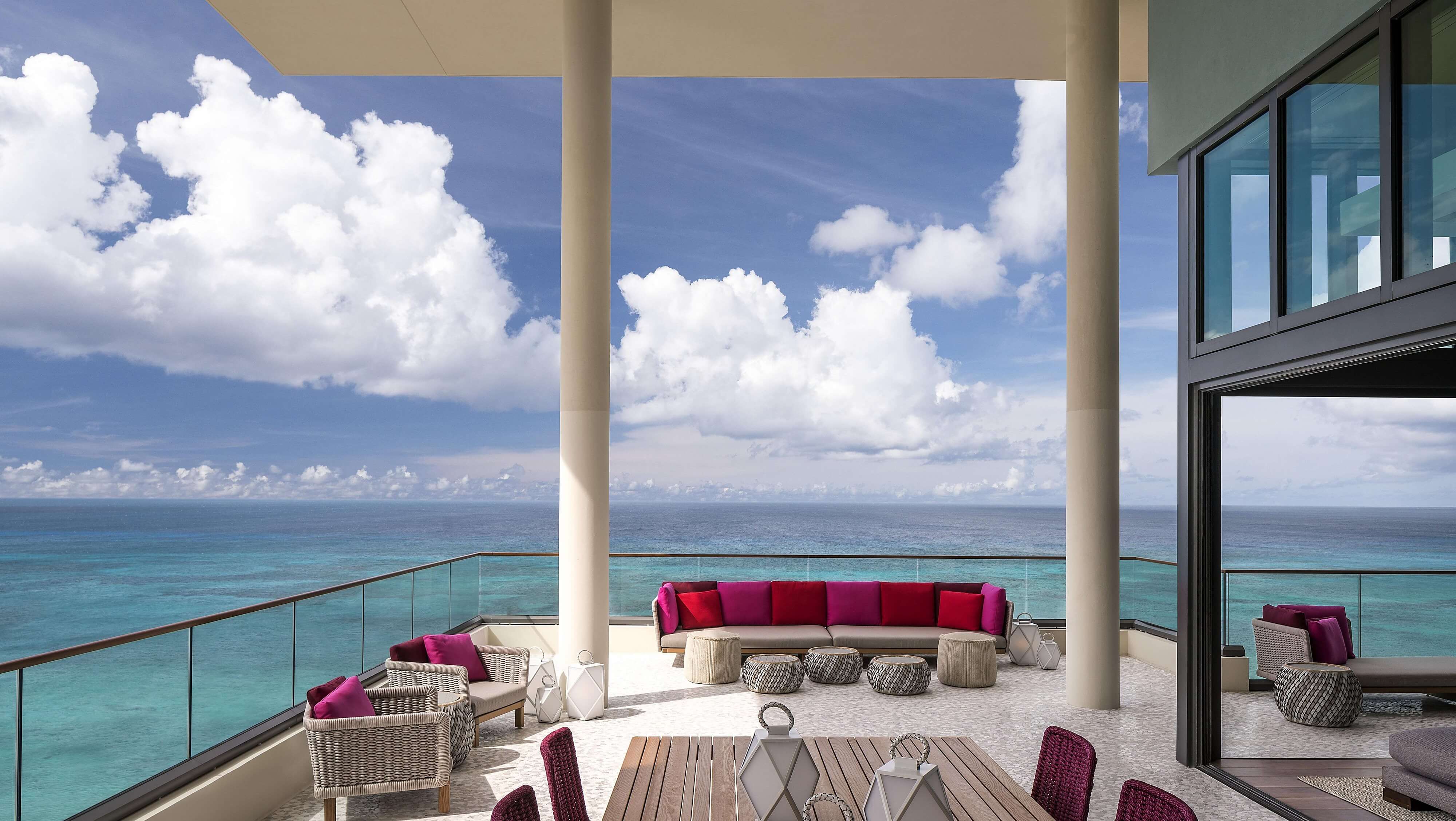 History of the Area

Seven Mile Beach has been increasingly developed over the years as it is such a beautiful and favourite spot. The first hotel was the Holiday Inn, now replaced by the 5* Ritz-Carlton resort, La Prairie Spa and Greg Norman golf course. The newly renovated Beach Suites, formerly the Hyatt (made famous by John Grisham's The Firm) was reopened in 2019. Other hotels in the area include the award-winning Caribbean Club, Marriott, the Westin, Comfort Suites, with a Kimpton hotel completed in 2017 too. The creation of the Camana Bay ‘new town’ has transformed the area, with new restaurants, bars, shops and experiences, the Four Seasons Hotel is slated to be the pinnacle on the beachside of Camana Bay. 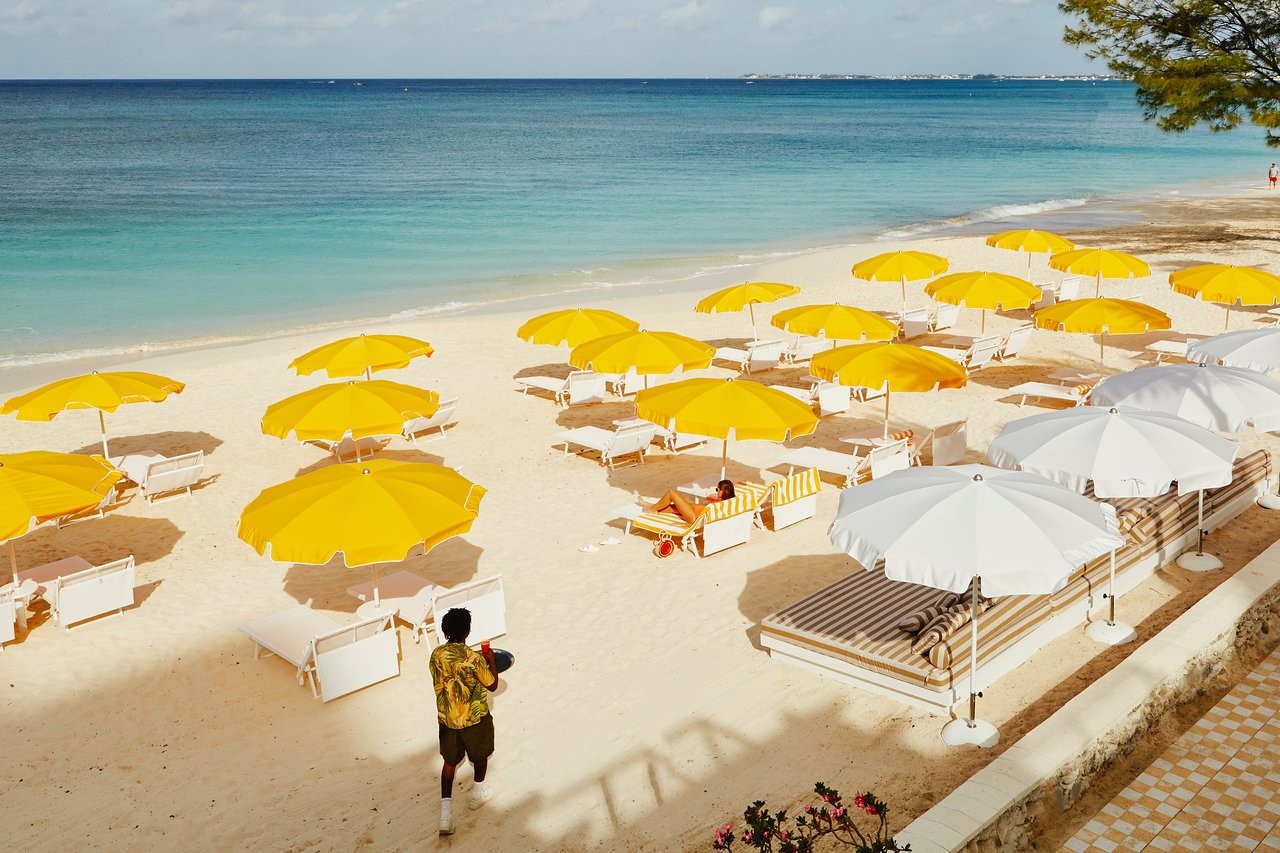 On an almost daily basis, we are blessed by some of the most stunning sunsets on Seven Mile Beach as it is west facing. The first Kaboo Cayman Entertainment festival was held at the northern end of Seven Mile Beach in 2019, wildly popular with the festival-goers and headlining acts - we look forward to 2020! Keep an eye out for the remains of the event - striking street art murals in the locale can be seen. Every May Batabano, Cayman's colourful carnival winds 'n' grinds down West Bay Road. The National Gallery opened at its new location on the Esterley Tibbetts bypass in 2012. Camana Bay, The Kimpton and the Ritz-Carlton host many sporting, musical and guest speaker events. In January, the island becomes an epicurean destination with the Cayman Cookout and Taste of Cayman events. ‘Art at the Governors’ is an annual event at The Governors Residence located on Seven Mile Beach. 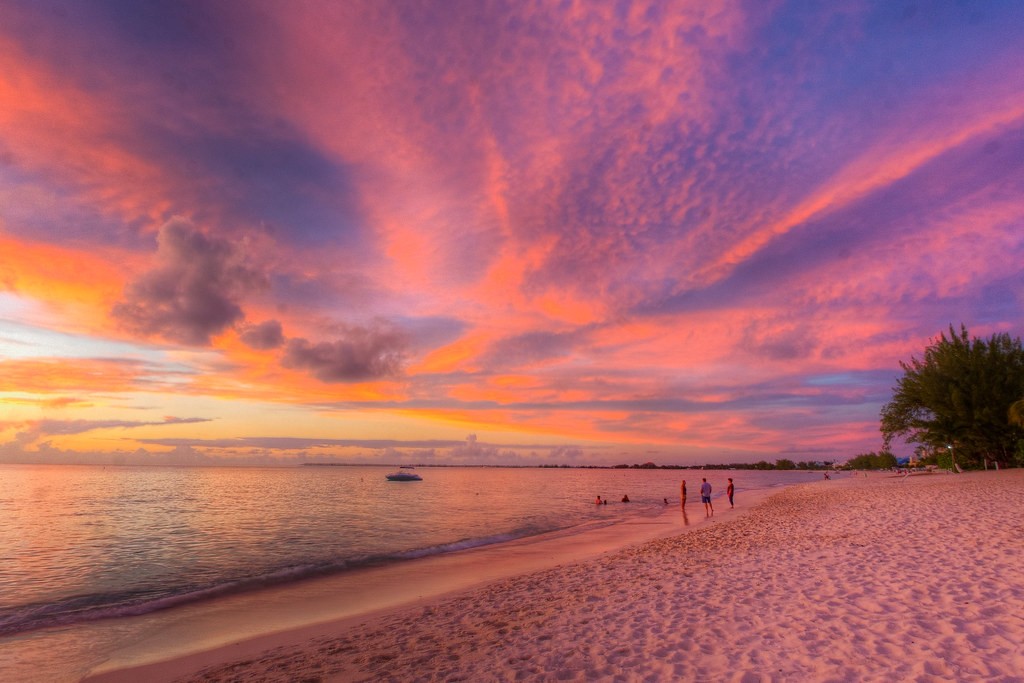 Other Unique Points of Interest in this Cayman Community

Home to the Camana Bay Farmers Market, which provides a wonderful selection of locally grown fruits and vegetables, bread and preserves. Seven Mile Beach has won many accolades and awards, most recently by Trip Advisor for being one of the best beaches in the world. Next to Public Beach, a new play park is currently under construction.