HAVE YOU READ THIS?

Have You Read This?

Bold and game changing statements from Mark Van Develde, CEO of Dart Realty, in his interview with The Cayman Islands Journal. The Dart Group are in discussions with The Ritz-Carlton, Grand Cayman-owners 5 Mile Investments,  to extend Grand Cayman’s Owen Roberts International Airport in order to accommodate more long-haul flights from Europe, South America and other major international airports.

Plans are already in place to expand the airport terminal, so this is indeed big news for a small Caribbean island where the real estate and tourism product have evolved and grown significantly over the past decade, thanks by enlarge to The Ritz-Carlton and the Dart Group’s transformation of a ‘New Town’ in Camana Bay.

Whilst the Cayman Islands retains it’s Caribbean flavor and relaxed tropical atmosphere, this offshore financial centre is a magnet for international investors and has grown to be a remarkably cosmopolitan society, mainly fed by the North American market in terms of tourism and investment. Only British Airways currently offers direct flights from the UK, so for many the realisation of a larger airport is a dream come true that would provide a much needed opportunity to open the sunny isles to more Europeans, South Americans and other nationalities who will sample, enjoy and invest in a very diverse range of lifestyles. Entities such as the Cayman’s Special Economic Zone (CEC), Dr Shetty’s Health City, new businesses in Camana Bay and new residents of WaterColours and Casa Luna are solid proof of Cayman’s diversity, and these all have a positive impact on the Cayman real estate market. 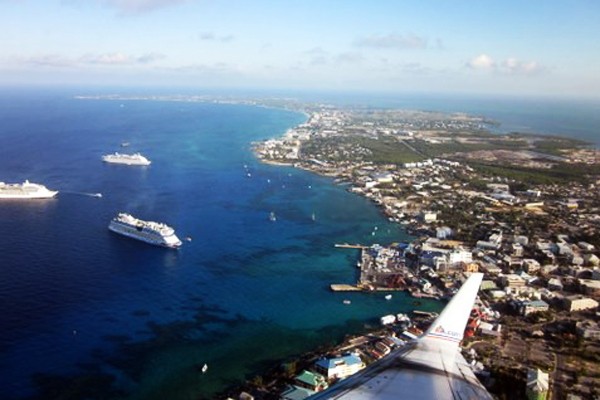 Milestone Properties have always been of the opinion that the Cayman Islands are in need of improved travel accessibility, matching that of major international hubs. Following on the exciting news in this blog we have redacted Pinnacle Media journalist Alan Markoff’s excellent and in-depth article in the May 2015 edition of the Cayman Islands Journal. Alan also highlights some excellent news for Cayman’s golfing community and takes a closer look at the infrastructure and new residential phases which are in early developmental stages.

“Other infrastructure
Another infrastructure project that Dart – along with other major hotels in Cayman – would be willing to partner on involves the Owen Roberts International Airport redevelopment project, VanDevelde said, adding that in a recent meeting with representatives of Five Mile Capital, the owners of The Ritz-Carlton, Grand Cayman, they discussed a joint venture to expand the runway, which is not part of the first phase of the airport redevelopment.

“As a group, the hoteliers and those in the industry would like to see [the runway expansion] more quickly and not take a backseat to some of the other [redevelopment plans].”

The hoteliers and others in the tourism industry see a pressing need for the airport to be able to accommodate the larger, long-haul aircraft coming from Europe, VanDevelde said, noting that there’s a “chicken and egg element” to getting the runway expanded.

“It’s easy to say,‘well, we have no commitments, so why would we build it?’ but no one is going to give you a commitment if you don’t have the infrastructure. [The airlines] are looking two, three years out for scheduling and if you don’t have it, and nor can you commit to having it built, they’re not going to consider you,” he said.

VanDevelde thinks Cayman needs to be proactive on the matter and not give airlines the excuse that Cayman doesn’t have the infrastructure for not coming here.

“I think we feel fairly strongly that it would be money well spent,” he said, referring to the hoteliers. “[European direct flights] might take years to develop, but it’s something that you’d then have the tools to go and sell off of.”

Looking at the hundreds of millions of dollars that have been invested in Grand Cayman hotels in the past few years or that will be invested in Dart’s Kimpton and new five-star hotel over the next few years, and the kind of destination marketing that churns out of hotel networks, VanDevelde said Cayman absolutely needs to fix the airport as a priority. In addition to accelerating the already planned aspects of the airport redevelopment, Dart and others in the tourism industry feel that improvements also need to be made to the general aviation terminal and the fixed base operation.

“While the actual numbers of visitors who arrive by private jet might be relatively small compared to passengers on commercial flights, it is growing and expected to have strong growth for the foreseeable future. Private jet passengers represent the high net worth visitor, investor or business person. Our current aviation infrastructure for the private jet passenger is at least a decade overdue for an upgrade, both in functionality and in design, to provide a visitor experience on par with the rest of the island’s tourism product.”

However, he noted the funding issues on just what is planned in phase 1 of the project could drag the project out anywhere from three to five years.

“So that’s concerning,” he said. “You’re now in a five-year window as opposed to if you had the money today, how quickly could you get it done? Is it two years? Is it two-and-a-half years? Three years? At least, certainly, it’s going to be there in three years’ time.”

If the airport terminal project didn’t get completed for five years and it was only then that the runway expansion phase of the redevelopment or other improvements were considered, it could be a decade before Cayman gets an expanded runway, VanDevelde said.

“So that was the impetus for the discussion with us, Five Mile and others,” he said, adding that when he recently met with Five Mile representatives, the focus was on thinking about creative ways to develop a private-public partnership with government that could expedite the airport redevelopment for the betterment of the country.

“We have some interesting ideas, creative ideas – Five Mile with their background and us with our long-term commitment and the financial support that we can provide,” he said. “I think there are some things that would be worthwhile to speak to government about.” 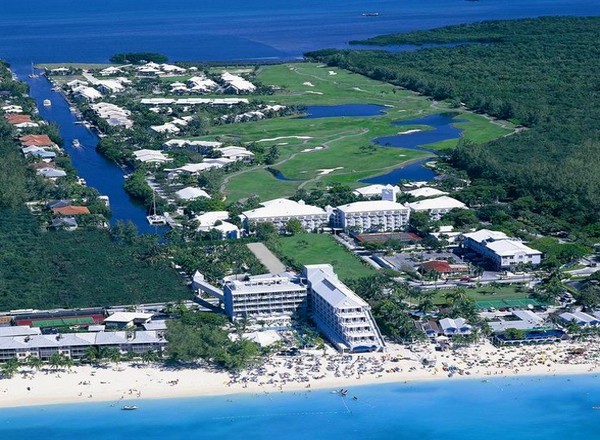