The Caribbean region as a whole is growing economically, driven by tourism, according to a new regional economic report from Integra Realty Resources Inc., and Cayman helped lead the way with tourism growth of almost 11 percent.

The report ranks the Cayman Islands as 13th in the region, excluding Mexico, for stay-over tourists. Cayman’s economy grew 2.2 percent in the last fiscal year. But there are some long-term concerns for Cayman’s economy, according to IRR’s James Andrews, who wrote the report.

Potential pitfalls for the local economy highlighted by Mr. Andrews include finding the space for new hotels and resorts with first-class beaches, and transparency pressures for all offshore financial centers.

“Cayman is unique in the region because tourism isn’t the primary contributor to [gross domestic product],” Mr. Andrews said. The financial sector is the main driver of GDP at 67%, he noted, but added, “It has changed the tourism product.”

“There’s a knock-on effect of better infrastructure and a feeling of cleanliness and safety,” he said. In other countries in the region, “people don’t feel at liberty to walk around and explore.”

Improved infrastructure and greater safety have created what Mr. Andrews calls a “different tourism product” in Cayman, where there are no longer any full-service resorts where tourists can stay on the property through their vacation. These mega-resorts are popular in places like Jamaica where people may not feel safe to go out and explore on their own.

“People tend to go out and experience the island a bit more,” Mr. Andrews said of Grand Cayman, and the trend here is for more family-oriented high-end hotels that assume visitors can walk the beach and access other dining and experience options that are not on the hotel property.

But with the buildup on Seven Mile Beach, he said, resort developers are left looking for other areas to build. Cayman has “a limited number of product types” for tourists, he said, and “long term, we need to find places to build hotels that work.”

“Are the sites in the eastern districts good enough?” Mr. Andrews asked, referring to five-star beaches on property large enough to support a large resort.

Overall, the tourism sector is recovering and is ahead of 2008 levels for stay-over arrivals. According to the report, Cayman had more than 980,000 hotel room nights sold last year, about a 70 percent occupancy rate. 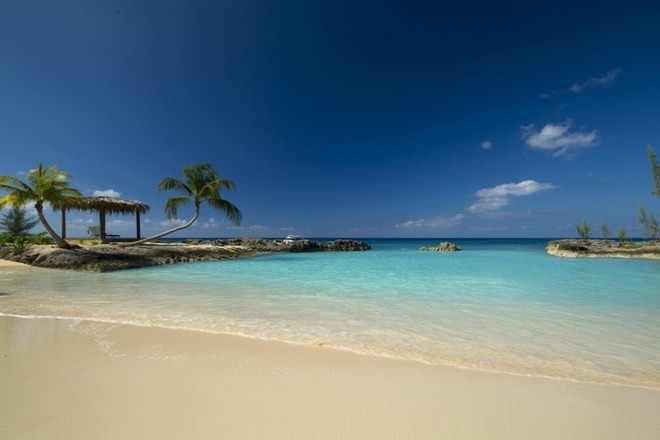 Regionally, the Dominican Republic, Cuba and Jamaica led the way in stay-over tourist arrivals. The Dominican Republic had more than 5 million stay-over tourist arrivals in 2014, up almost 10 percent over the previous year. The report states that, regionally, visitor arrivals and average daily rates at hotels have almost reached pre-recession levels.

The economy of the Caribbean region grew by 4.6 percent in 2014. The Dominican Republic led the region in GDP growth, and the report cites forecasts for that country’s growth of about 7 percent in 2015.

The World Bank revised down its growth forecasts for the Caribbean for the next two years, predicting regional growth of 4.1 percent this year and 4 percent in 2016.

The report states: “The increases in visitors to the islands should boost revenues for related industries such as restaurants, water sports and tours.”

The report gives a favorable outlook for the Caribbean as a whole: “We see continuing gradual improvement in most of the local economies in the region, as a result of increased tourism and interest from investors.”

Sales in resort developments, however, have not fared so well, and are “fairly stagnant at most developments.”

The report states: “We see little change in this sector in 2015 other than a potential for a modest increase in sales due to increasing disposable income from potential U.S. buyers.”

This article was published by Charles Duncan on March 13th in the Caymanian Compass.