Can Dr Devi Shetty replicate the India success of Narayana Health in Cayman Islands, and deliver affordable, quality health care to the Western markets? For now, he is happy to have made a start.

From his sprawling health city in Bangalore’s Hosur area, Dr Devi Shetty lords over a medical empire. The founder-chairman of Narayana Health (NH) and one of India’s leading cardiac surgeons, Dr Shetty offers cutting-edge therapy at costs unimaginable elsewhere in the world, a feat that has earned him the monicker, “Henry Ford of heart surgery”. His hospital’s success rate has ensured that it has patients flocking to it, not only from across the country but also from Africa, South-East Asia and the Middle East. And by leveraging economies of scale, Shetty tries to make sure that not a single patient, not even the poorest, is sent back without treatment.
For a man obsessed with delivering affordable health care, it is perhaps only natural that even in the few waking hours he spends without his scrubs or the scalpel, his mind keeps going back to work and, in particular, to the words of a friend. “The most profitable hospital in the world is the one which is built on a ship and parked outside US waters because it gets to serve American patients, and yet stays away from its jurisdiction,” his friend had said.

Shetty’s latest venture in Cayman Islands, a mere hour-and-a-half flight from Miami, is all of that. “Our Cayman Islands operation nearly fits in with the description of a hospital built on a ship. It is closer to the US, but doesn’t follow its regulations,” says Shetty, whose Narayana Health won the 2013 Forbes India Philanthropy Award in the Good Company category. (Shetty had articulated his Cayman Islands plan in an interview to Forbes India at the time and, today, that dream is seeing fruition.)

With its inflated costs, health care is a highly contentious issue in the US. Hospital charges represent about a third of the $2.7 trillion annual US health care bill, forming the biggest single segment, and are the largest driver of medical inflation, according to a New York Times report. The report also noted that health spending in the US averaged $9,255 a person in 2013 and grew at about the same pace as the economy, accounting for 17.4 percent of the GDP. However, the quality of medical services (infection rate, nature of hospital stay) doesn’t change with the higher cost; what changes is merely the ancillary services and frills that hospitals provide.

In February 2014, Shetty took his globally renowned low-cost, high-quality health care mantra to Cayman Islands, his group’s first venture outside of India. Tucked away in the Caribbean region, Health City Cayman Islands (HCCI) is a 104-bed tertiary-care hospital providing cardiac surgery, cardiology and orthopaedic services. Long considered a backdoor to the US, a foothold in the islands is expected to give the Indian hospital chain access to the US health care market. However, though the largest in the world, the American market is also too highly regulated to allow any kind of disruptive model easily.

This is despite the fact that information technology so far has done little to make health care cheaper in the US. So, using Cayman Islands as a test site, Shetty and his team are working on projects with two large hospital groups in the US to develop software that would replace the desktop-based hospital information system. Shetty is also in talks with various institutions and governing bodies in the US to start a medical college in Cayman Islands.

“We realised that we needed to be involved in some way with the US health care industry—that’s the only way we would be relevant to the world. But the regulatory structure in America is such that it is impossible to come up with any innovation. In Cayman Islands, we will address all the disadvantages that a patient experiences in the US,” says Shetty.

HCCI, a joint venture between Ascension Health Alliance, one of the largest not-for-profit health care chains in the US, and NH, so far has recorded over 100 cardiac procedures and around 20 joint replacements. With a history of dealing with complex surgeries and procedures back home, the hospital’s fourth heart surgery in Cayman Islands was the implantation of an artificial heart. According to Shetty, in the US, there are less than 25 hospitals that would conduct the procedure for anything under $1.2-$1.3 million. “We were able to do it in less than half the price,” he says. 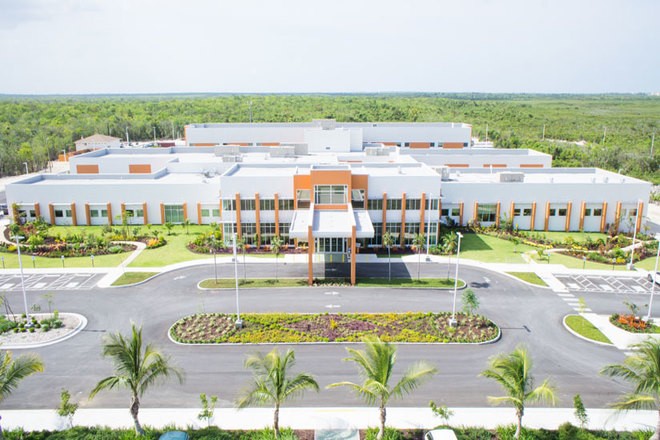 This article was published in the Forbes India Magazine on January 20th by Debojyoti Ghosh.